The exponential rise of poker in Germany has encouraged many of its local aficionados to explore new and creative ways of playing game. Among the most popular non-conventional forms of enjoying poker nowadays is via poker runs. From motorcycle to speedboat races, numerous poker runs have been held across Germany where people are able to profess their love for poker. There is, however, one new fangled mode of competing that has interested many in various different countries, called skateboarding poker runs. 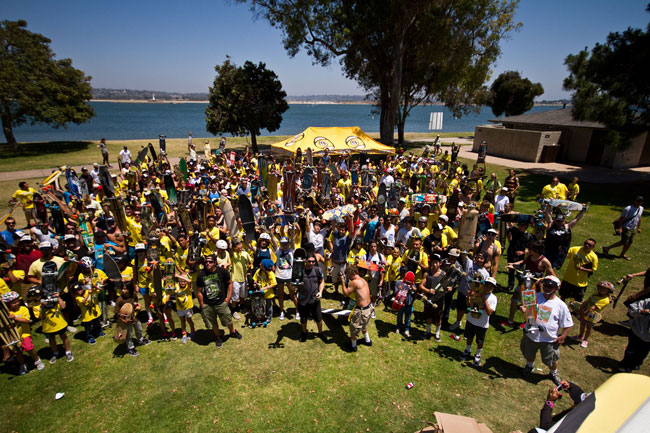 Throughout the years, Germany has positioned itself as the hotbed of poker in Europe. The country has placed itself firmly on the world poker map in the form of hosting competitions like the European Poker Tour (EPT) Berlin leg and the Billy Boy Strip Poker event. Moreover, its native players have taken huge strides in making poker a popular recreation in German shops and pubs. Champion players such as back-to-back World Poker Tour (WPT) winner and Team partypoker member Marvin Rettenmaier, World Series of Poker (WSOP) Asia Pacific title holder Philipp Gruissem, and EPT Main Event champion Tobias Reikenmeier have all carried the German banner in numerous tournaments around the world.

It is for these reasons that poker has spilled over to numerous forms in Germany. Poker runs have been especially appealing to the German public since these races don’t require an expert’s knowledge of the actual mechanics of poker. Since the runners only aim to outwit their opponents by racing with the best poker hand at the finish line, even the so-called ‘fishes’ of poker can participate and prevail. Numerous poker runs have already been held in Germany, from the Ride the Alps Motorcycle Poker Run to the Pokerrun Schnellboot Armada.

Skateboarding, however, provides a unique potential to further expand the horizons of poker in Germany. The country boasts a vast pool of skateboarding enthusiasts whose clubs could organize such races in their communities. Examples from around the world point to the many rewards that skateboarders can enjoy from poker runs. In the US city of San Diego, for one, a group of skaters called Sector 9 organized in 2013 their 8th annual skateboarding poker run. The event, entitled the “Boardwalk Poker Run,” involved more than 100 participants with the goal of collecting the best poker hand whilst competing on skateboards. The event coincided with the celebration of the International Go Skateboarding Day on June 21.

These races offer a unique opportunity to generate funds for skateboarding clubs or charitable institutions, and enjoy poker with fellow skateboarders. With the success of motorbike and speedboat runs, the future of these sorts of skateboarding poker runs could garner a huge following in Germany.