Carve and Slide down the volcano

„Enjoy your ride“ is always our motto so last weekend Mr. Bill, our R&D guy, and I joined up with the “Carver Crew” from the North Shore. We have been talking for a long time joining them for one of their legendary Volcano Downhill rides. My buddy Frank and his friends hit the long and windy road up to Mauis’ 10,000Feet Volcano on a frequent base to do a 5 – 10 mile downhill run on their large carver boards. He and his friends are a bunch of dedicated surfers and stand up paddlers that, like all of us go stir crazy in the summer month when there are no waves.

Bill and I left the comfort zone of our local uncrowned road to a much steeper road than what we are used to. Once we were there I was surprised by the amount of traffic, as we are pretty spoiled with our “private” road. There were tons of Mountain Bikers coming down, as it is a popular tourist attraction to ride down the volcano on a bike on guided tours. Off course a massive tail of cars followed all of these bikers. On top of that, there must have been some construction going on as there were large cement trucks going up and down the road. Never the less, we were excited to join the group and looked forward to ride this beautiful road with its magnificent views. 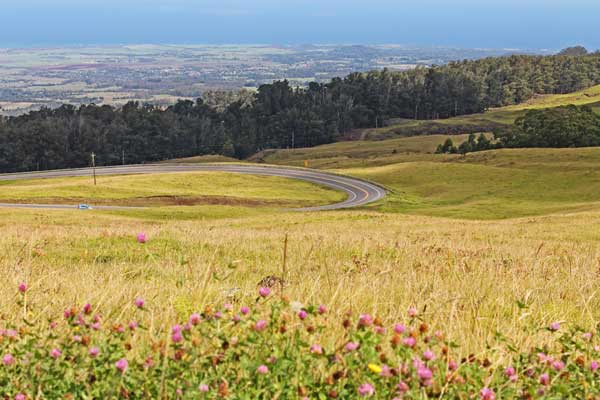 As we finally reached the top of the first set of switch backs, Bill and I were confronted with a much steeper road than how we initially remembered it. By all means we love to downhill and skate, but our comfort level as far as speed goes is currently roughly under 30mph and on this road it would take us less than 100 yards to exceed our current speed limit. It would take us far too long to go down the 5 miles scrubbing our speed every 100 yards.

time to slow down 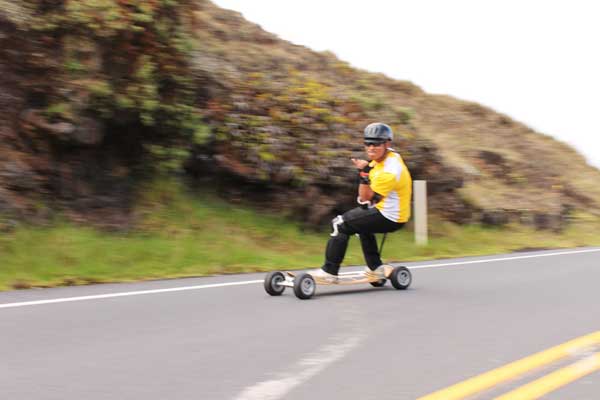 Frank and his crew offered us then us have the honors of the first ride on the carver boards, they are much slower than a skateboard and have hand breaks attached to them. We agreed, that our first run should be on one of these boards. Once on the road I pointed my board immediately straight down hill to see how fast I could go. Off course the big rubber tires did not speed up as fast as the much harder yet smaller wheels on a skateboard. I rode behind my friends truck who was driving ahead to kind of shield us from the oncoming traffic for safety. The board did not speed up as fast as I anticipated, so I felt pretty good on it, when all of a sudden it caught a speed wobble and I had to pull the break. On our first stop, I then was explained that these boards are not meant for straight downhill but rather for carving. As we moved on, I now carved the board out as much as I could until my thighs were burning. The 5-mile run ended faster than I thought and we took a ride back up in the back of the truck. Bill and I enjoyed the ride very much, but both concluded that these large carver boards are somewhat limited for our taste. All though we are not in the 40-miles plus club with our longboards, we still enjoy the opportunity to push our selves every time we go up somewhere improving our skills and level of speed. We decided to hit the road back down section by section having some fun with the large gradual switch backs, while Frank and his crew were doing numerous runs up and down all morning, catching up with us on the way down. 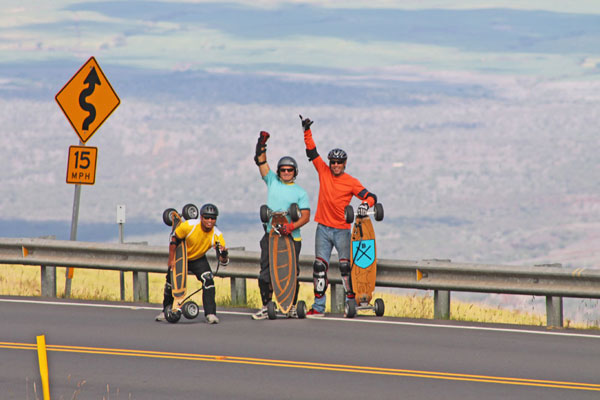 We sure had tons of fun with the Carver Boys and will join them again. The road they are riding is magnificent and the views are breath taking. For now it is back to our private road pushing our speed limit, so we can be back soon and run the entire 5 miles in one go. 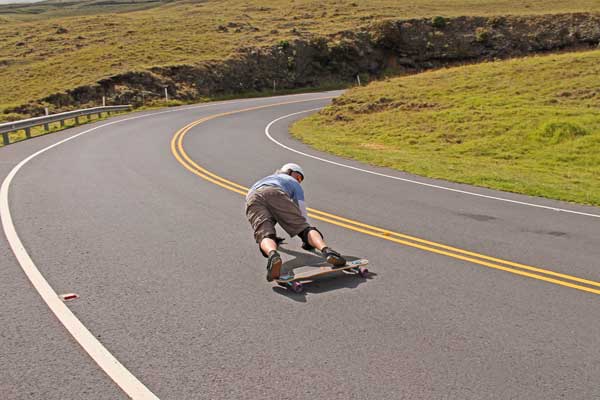 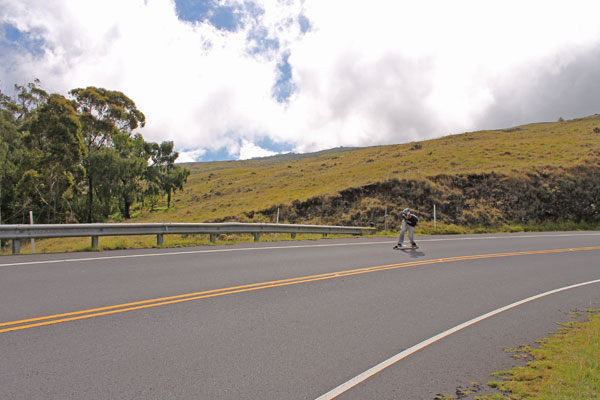 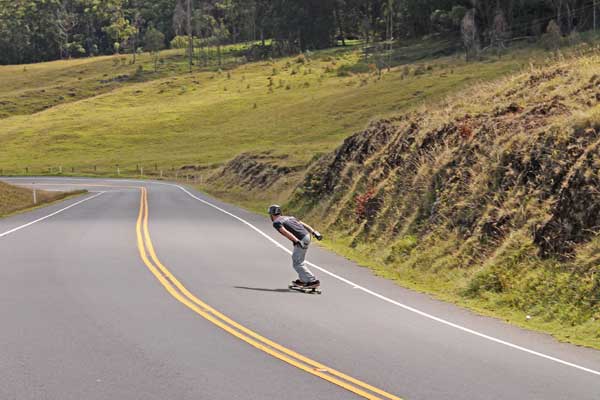 We will be back